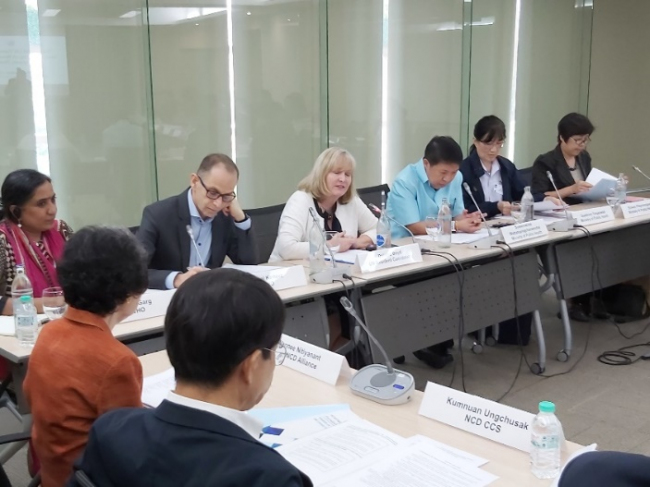 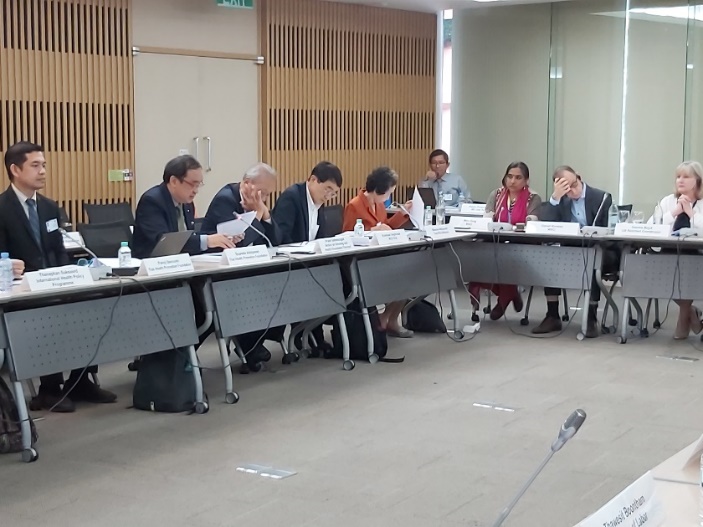 NCDs or non-communicable diseases are the number one health problem in Thailand and the world. Recently, it has been raised as an important agenda in the global economic and social development. The United Nations General Assembly convened on the prevention and control of non-communicable diseases for as many as three rounds, constituting global targets and being a part of the Sustainable Development Goals (SDGs). In addition, the assembly also appointed a special an interagency task force on NCDs or UNIATF to monitor and support the implementation of works to prevent and control the spread of NCDs. For Thailand, the follow-up visit on 28-30 August 2018 issued a report and recommendation to the Royal Thai Government.

To support the implementation of the said recommendations, the United Nations and the Royal Thai Government have jointly appointed a United Nations Thematic Working Group on Non-Communicable Diseases – consisting of UN executives in Thailand. representatives from the ministries and relevant government agencies (including ThaiHealth) and civil society representatives. The newly appointed working group has established a framework for cooperation to monitor and support the implementation of the recommendations of the UNIATF on NCDs.

One of the important recommendations of the working group is included in Article 1.6 of the Partnership, which says: the Thai government shall push the country to become the global centre for health promotion in low-to-middle-income countries (Global Hub for Health Promotion in LMICs). ThaiHealth in the working group shall be appointed as the Primary Coordinator (Focal Point).

The meeting led to a collaboration for strengthening the global health capacity of Thailand and in low- to middle-income countries (LMICs) starting from September 2019 in 7 Thai organisations, 2 international organisations, and one single plan, with emphasis on potential development covering global health issues that Thailand appears outstanding in health promotion effort.

The said cooperation has three main goals: 1) focusing on benefits for Thailand and low- to middle-income countries, especially in Thailand’s neighbouring countries; 2) focusing on strengthening the global health potential of leaders of change (change agents) of the target countries as human resources are considered the most important resource of the country; 3) focusing on creating an international network of targets so that they are able to jointly drive policies and actions on health promotion and universal health insurance deemed important for the control and management of non-communicable diseases.

Preliminary action plans are as follows: 1) by the end of 2019, the network will gather /data to analyse the mapping of resources for the development of each department and design courses and activities that meet all three goals; 2) by 2020, the network will begin organising curricula and activities to develop potentials in Thailand and other countries which focuses on the integration of effective synergy between cooperating agencies (in the year 2019, the network has already started piloting workshops to develop the potential in many countries such as India, Timor-Leste and China, including the arrangement Training of Trainers in World Health For academics and middle level executives in Thailand).

The working group showed great appreciation for ThaiHealth’s progress. In addition, in April 2020, ThaiHealth was given honour to host the next working group meeting to present the concrete progress of ThaiHealth as a model for the organisation that enhances well-beingness in all dimensions before the audience of representatives of the United Nations and other government organisations in the working group.