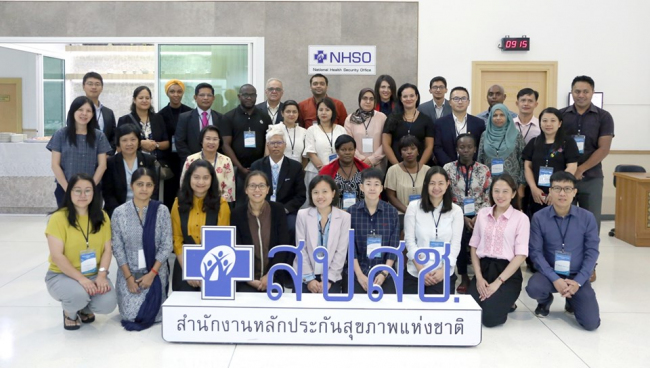 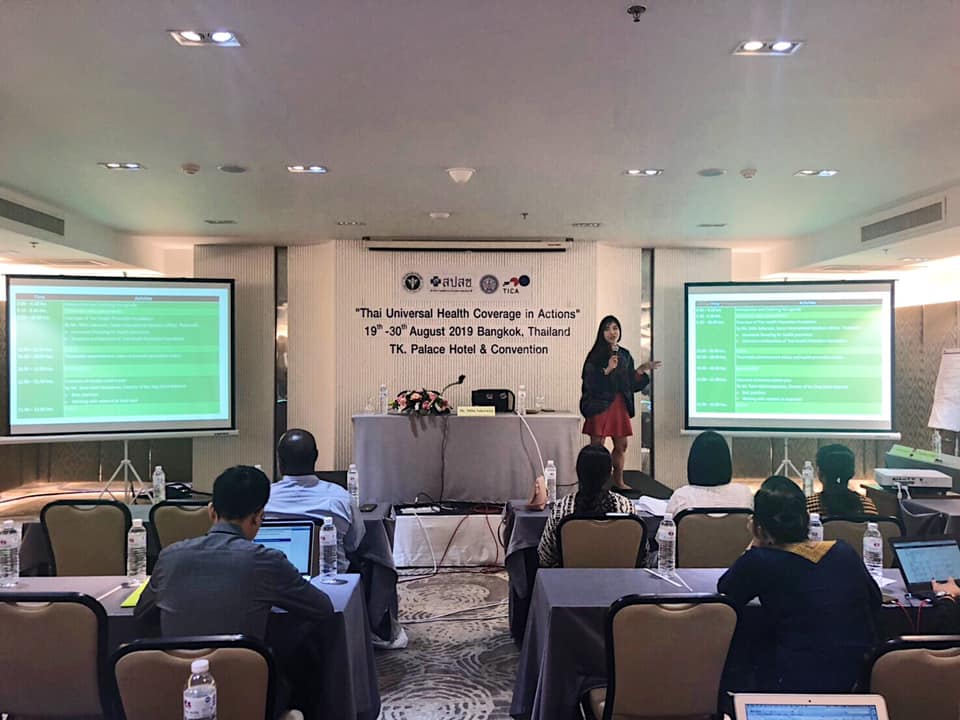 The Universal Health Coverage workshop, held during August 19-30, 2019, was participated by 45 participants who gathered to learn, discuss, and engaged in activities on Thailand’s healthcare system, Thailand’s universal healthcare scheme, health promotion taxation, and network building. The organiser (NHSO) gracefully invited Ms Milin Sakornsin, ThaiHealth Senior International Affairs Executive; and Mr Theera Vajarapranee, Manager of StopDrink Network, as special guest speakers during part of the workshop on August 29, 2019. At the workshop, ThaiHealth was shown on stage as an organisation whose task is to push forward several missions in many aspects, and its work with its partners on the issue of alcohol abuse. As a result, the gathering voiced interest in what ThaiHealth is pursuing and promised that it would support the special taxation policy to help strengthening the Universal Health Coverage system in the future.