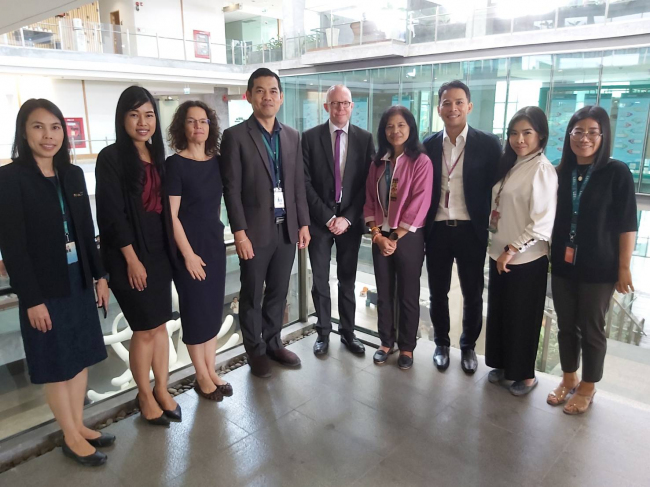 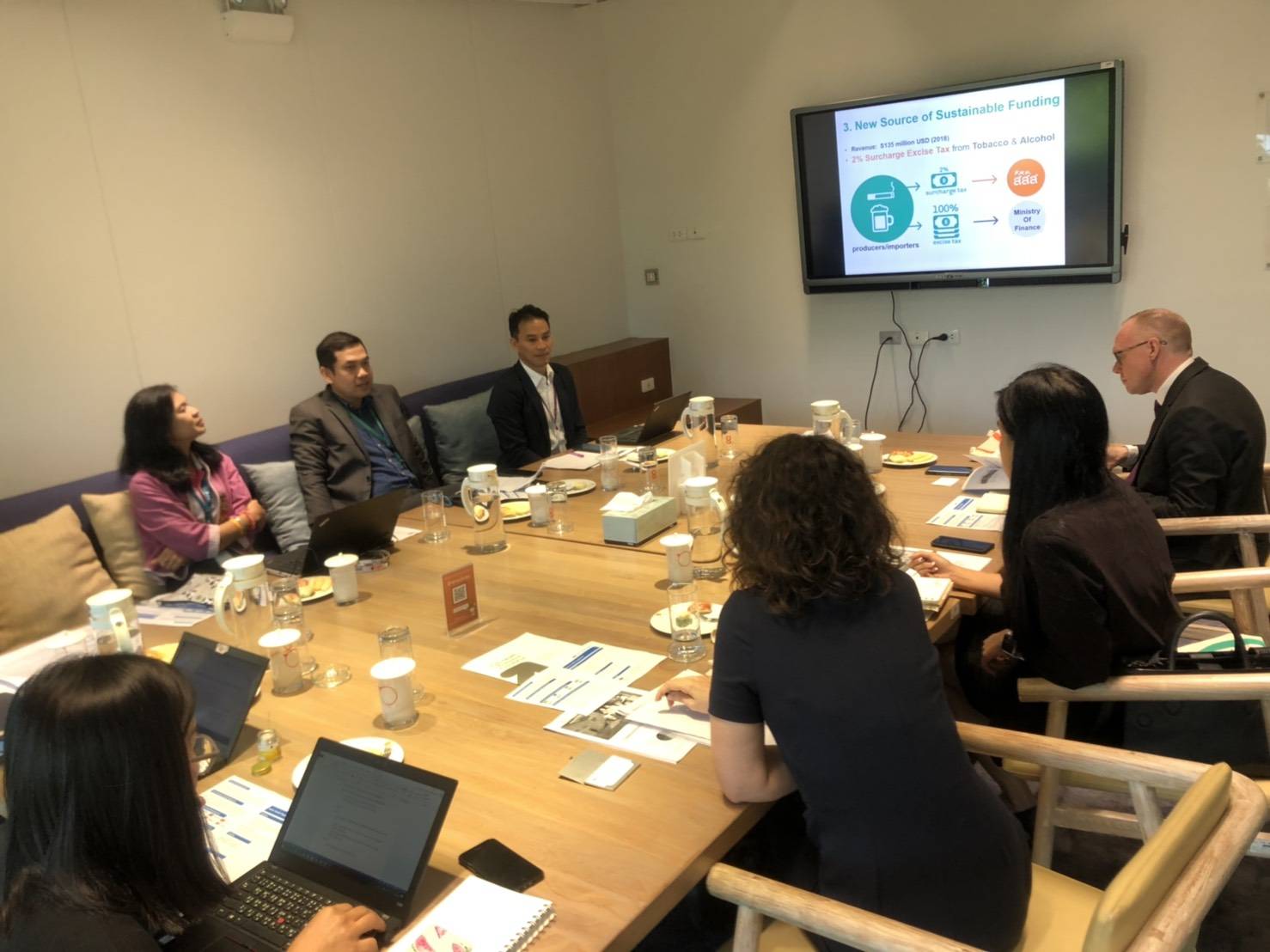 The British delegation visited and discussed with ThaiHealth on the cooperation of healthy lifestyle promotion especially in the areas of prevention and control of non-communicable diseases (NCD) under the Better Health Program, which is a part of the UK Government's Overseas Development Assistance (ODA) policy, where Thailand is one of the 8 sponsored target countries.

The fruitful results of the discussion were:

1) an understanding between the two organisations in terms of objectives, missions, strategies of work (by discussing in the strategic framework of the mountain-moving triangle) as well as the scope and progress of the Better Health Program cooperation; 2) the NHS-UK created a linkage between ThaiHealth and responsible persons at the Better Health Program, which can support ThaiHealth in many aspects. The focal points are namely Dr Phairot Saonuam, MD, Director of the Office of Healthy Lifestyle Promotion who supervises the issues of non-communicable disease prevention of with FHI360 and the Bureau of Non-Communicable Diseases, Department of Disease Control, which is the main unit of the NCD project under the Better Health Program; 3) the two counterparts extended cooperation on issues of mutual interest of information sharing, such as the British interest in the strength of working with the public, including how to work with leading agencies in the private sector to create social marketing campaigns for ThaiHealth. Meanwhile, ThaiHealth itself expressed interests in a model of health promotion policies in the United Kingdom, such as sugary beverage tax or similar matters, measures to amend recipes to reduce sodium as an ingredient, as well as a prototype of academic knowledge that originates from an efficient information system and Digital Health.

In the next phase which is to be concluded by the end of the year 2019, there will be a discussion for more concrete cooperation of all 3 issues above.