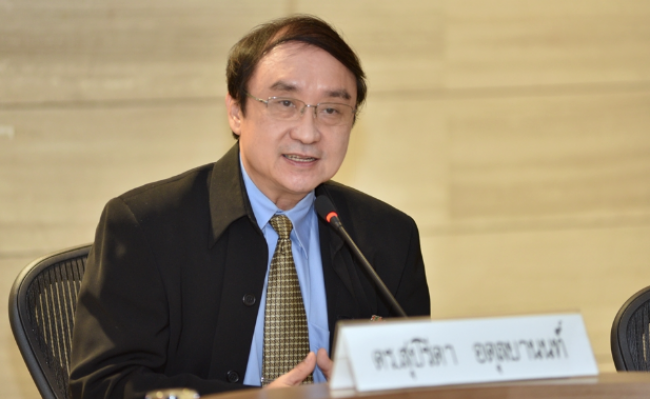 Press Conference on management approach of ThaiHealth as “Health Professionals”

During the past 13 years of ThaiHealth’s first-phase works, the word “Health Promotion” was still a new issue in Thailand. There were no concrete patterns in Thailand and even in similar organisations abroad were using different operational methodologies. This is why ThaiHealth is aiming at finding the most effective approach that suits the nature of Thai people. After experience that is accumulated over the years, ThaiHealth is now ready to step forward and be “Health Professionals”.

“At the age of 15, ThaiHealth is looking back at its first establishment in 2001. At that time, there were not many organisations that really focus on health issues. There were no clear objectives or planning. Plus, there were no model organisations that ThaiHealth could follow the path. So, in the first few years, the organisation was virtually in the “learning phase” with trials and experiments until it found the best operational path. When our organisation accumulated more experience and knowledge, we are now ready to take the next step and become an organisation of health professionals trusted by the Thai society and the world community.

“We have to create the society acknowledgment about “Health Promotion” from within our organisation. In the first 10 years of ThaiHealth, there were practices and the result of our works are now visible thanks to the use of accumulated knowledge. Whether it is health promotion, health promotion support, and the organisational management. All will be made into the system using the knowledge and standards as the basis. ThaiHealth is not working on a rough scale, but working with hope to achieve a systematic change that is later imprinted into the society’s fabric.”

In the past, ThaiHealth was able to communicate with the community about how important health promotion is to a certain point. ThaiHealth’s many campaigns have successfully raised awareness and achieve societal changes. However, there are certain points that are misunderstood by the general public – how things work and the organisation’s procedures, whether the organisation is transparent, whether it can be scrutinised, whether it performs properly with concrete, fruitful results. This is very challenging to achieve by trying to convince the society to understand the real issues, while being ready to respect the public’s criticisms.

“ThaiHealth communicates many society issues but has not built satisfactory organisational reputation in the society even though we are one of the most recognisable organisations on the international level. The World Health Organisation (WHO) has praised ThaiHealth as a role model of health promotion organisation in 2015. Representatives from similar organisations from more than 30 countries around the world travelled to Thailand to learn from ThaiHealth, and invited us to help create the similar voice of the society, as there are still a number of issues that have been misunderstood and need clarification.”