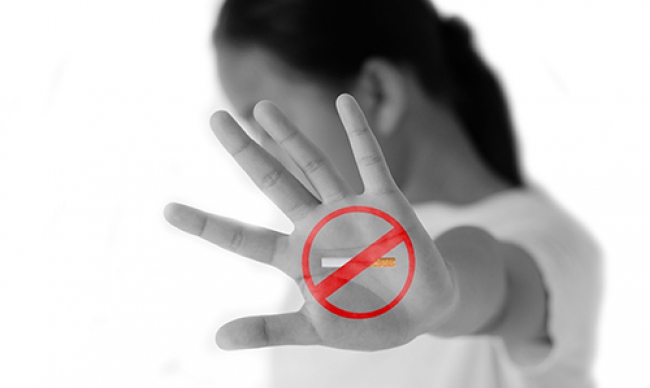 The Tobacco Control Research and Knowledge Management Centre (TRC) of Mahidol University has revealed that Thai youngsters are ranked the third of ASEAN in terms of youth smoking, while introducing Project-X, a project conducted to encourage cigarette quitting in the form of 8 learning lessons to win over social influence and emotion management, under concept of “Once you smoke, it’s hard to quit, but you can”.

Dr Siriwan Pitayatangsarit, Director of the ThaiHealth-sponsored TRC said that Thai youngsters are on the top three of ASEAN’s tobacco use, according to Global Youth Tobacco Survey in 2007-2013. In 2009, 20% of Thai young males of 13-15 years of age were smokers, seconded by Indonesia (41%) and Malaysia (31%). As for young females, the survey has found that only 3.8% of Thai girls of 13-15 years of age were smokers, lower than the numbers in Brunei, the Philippines, Malaysia, Cambodia, and Singapore. Although in the big picture, the tendency of the percentage of young smokers in 2014 did not increase much from 2009 from 20% to 20.7%, but the number of smokers increased greatly from 10.9 million to 11.4 million smokers as the number of population rose substantially in the last five years.

Moreover, teenage smoking creates the bigger and longer-term problem of cigarette addiction in adult as they are not be able to quit smoking for about 20 years. The effort to help them quit smoking is considered elemental in order to reduce the rate of cigarette addiction in the long run. It is necessary for youngsters to practise their social abilities and skills to win over social influences by enclosing the effort into school curriculum.

Asst Prof Dr Punyarat Lapvongwattana, professor at the Faculty of Public Health, Mahidol University, and head of the TRC and ThaiHealth-sponsored Project-X in 2014, the cigarette quitting research project for high school students, said that, Project-X contains eight 40-minute lessons in six weeks with evaluation after three months. The project focused on how to deal with stress and nicotine craving, relaxation techniques, anger management, self-control, and emotion control, to reduce risk of returning to smoke again. At the end, the research has found that the reasons to why they could not quit smoking were rooted from social influences, addiction to certain chemicals in cigarette, and lack of motivation. It is imperative to teach them these skills so that they will be able to overcome these influences to try to avoid and reduce the risk of returning to smoke. The project also provided fun activities, such as games, talk show, and yoga. As experimented with 52 and 46 samples, the project has found that, before the activities, 3.8% and 1.9% of both groups were trying or succeeded in quitting smoking, and three months later, 15.4% and 13.5% of both groups have expressed the same determination. As for the out-of-project samples, the preliminary assessment found 0.0% and 2.2% expressed determination, and after three months, only 8.7% and 2.2% have expressed some level of determination to quit smoking. The project also found that 44.2% of in-project smokers reduced their rate or smoking, plus 7.7% quit smoking for the duration of at least three months, while only 19.6% of the control samples reduced their rate of smoking, and 2.2% quit smoking for the duration of three months. Now, it can be concluded that once one smokes, it’s hard to quit, but it can be done with the help of social ability lessons and skills to win over social influences within the period of 6 weeks.

Assoc Prof Dr Naowarut Charoenkha, another professor from the Faculty of Public Health, Mahidol University, cited a recently published article on 2015 BMJ Open Journal on “Effectiveness of school-based smoking prevention curricula: Systematic review and meta-analysis”, that the systematic review of 50 school-based curricula has found that school-based curricula can significantly prevent smoking in non-smoking youngsters with one-year follow-up period. The research also found that, after school-based curricula, the proportion of students that expressed no intention to smoke rose by 12% compared to the control samples. Plus, with additional curricula involving instructing of social ability and the ways to overcome social influences, the results became clearer in both short- and long-term follow-up periods. Besides adding school-based curriculum, it is imperative to reduce social temptations created by market mechanisms in tobacco industry and virtual persuasion of tobacco sellers as the society needs rules and regulations, for example, the new Tobacco Control Act which prohibits advertising in electronic and personal media, and introduction of new tobacco-related products to attract young smokers.