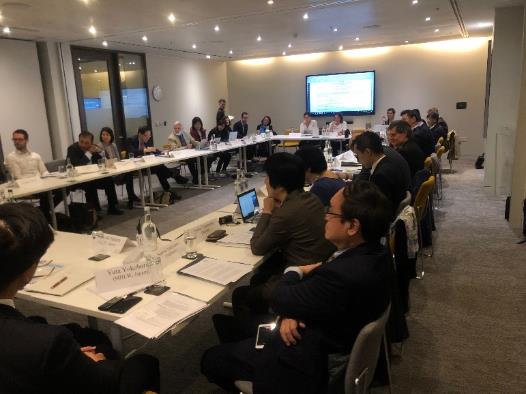 Oct 23-24, 2019 – Prince Mahidol Award Foundation, in collaboration with Chatham House, will organise the first Prince Mahidol Award Conference 2021 (PMAC 2021) Preparatory Meeting in London, United Kingdom, with an objective of discussing with the organising committee about the details of each sub-meeting, and finding a consistent agreement to reduce the risk of problems – all to find a conclusion on academic issues, time allocation, and key themes of the PMAC 2021 meeting to report directly to ThaiHealth executives.

Participating in the preparatory meeting were Dr Supreeda Adulyanont, ThaiHealth Manager, and Ms Milin Sakornsindhu, Senior International Affair Executive. Apart from discussing the preparation phase of the international meeting, they also presented before the gathering the model, mechanism, and methodology of health promotion in Thailand, ThaiHealth-style.

As a result, the proceeds of the meeting are: